The Collier-Lane-Crichlow House aka The House of Mayors The Collier-Lane-Crichlow House on North Spring Street and Bell Street was the residence to four Murfreesboro mayors, including Ingram Collier, Newton B. Collier, James H. Crichlow Jr. and N. Collier Crichlow.  The home was placed on the National Historic Places in 1978.

Architect Sterling B. Jones purchased a tract of land in 1849 and built the home in 1850 as a two-story, solid brick rectangular I-house in a vernacular style with Federal, Greek and Georgian features.  A lovely garden once existed on the north lawn.  The four-room home with central hallways retained decorative Victorian elements, such as the window casings, and is truly one of a kind.

There are rooms on both sides of a central hall and a gable roof and chimney on each end.  A central Greek Revival portico rests on columns and supports a balcony on the second level.  Later, a two-story brick ‘L’ was added at the rear of the south end, and a similar L was added to the north end forming a U-shape.  An open porch between the two ells was enclosed, and a frame structure was built at the rear of the north L.

Antiquity strikes the first note with a central stair hall, double-leaf front door and a roof of hand-finished shingles.  The façade was divided into three bays and a portico supported by four columns.  A Greek Revival mantel in the upstairs south chamber was original, as was the Victorian cast-iron mantel in the upstairs chamber of the north ell.

The property of this fascinating home was once owned by Capt. William Lytle as a land grant.  Lytle was a Revolutionary War veteran and founding father of Murfreesboro.

Their nephew Ingram Branch Collier Jr. purchased the house in 1868 for his sister, Martha, and her spouse, William T. Lane.  Martha brought her three children into the home, as well as two young nieces and one nephew.

Martha’s daughter Emily Lane (1847-1923) and husband James H. Crichlow then became proprietors of the lovely home.  While living in the residence, Emily journaled a stirring diary of the Civil War from 1864-1865 that is housed in the Al Gore Center.  She describes Murfreesboro as full of “trouble, sorrow and desolation.”

Emily is buried at Evergreen Cemetery today with her epitaph reading “she fell asleep in 1923.”

The first resident of the home to serve as mayor (1872-1873) was Ingram Blanks Collier III.  He was the founder of the First National Bank and a cotton broker in Murfreesboro.

He was building his own majestic home (Collier- Crichlow House) on East Main Street for his wife, Louisia Cushman, when he suddenly died in 1879.

The second mayor was Newton Collier (1878-1879), who was an uncle of Ingram Collier and an active colonel in the Commissary Department of the Confederate States Army.  After the Civil War, he was director of the Nashville, Chattanooga and St. Louis Railroad.

James Crichlow was the third mayor (1900-1909) and prestigious in the community.  He was instrumental in the building of the first Murfreesboro High School in 1917 on Maple Street.  Moreover, he was president of the Board of Education and a postmaster.

James’ legacy was serving as a masterful educator in the public school system.  He was known as Murfreesboro’s most prominent and influential mayor within his family lineage.

In 1922 Crichlow Grammar School was bestowed as his namesake.  In 1992 the school was listed on the National Register of Historic Places.  The final mayor was Newton Collier Crichlow, who was born at the residence.  Newton later owned the Collier Crichlow House on East Main built by Ingram Collier.  After 1920 the house fell into hands of various owners only to remain vacant from 1952 to 1975.  In 1972 the structure was greatly deteriorated, and the city declared it as “an eyesore and danger” to the community.  The Charles Howell family heroically purchased the home in 1975 with a full restoration and conversion to apartments. 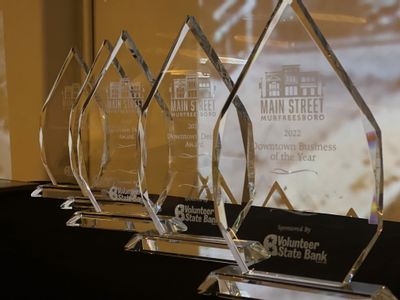 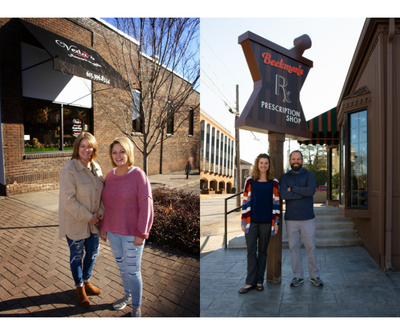